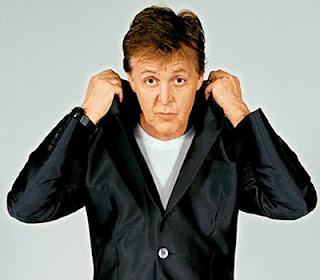 EMI has lost the Paul McCartney back catalogue. McCartney has moved all of his non-Beatle album to indie label Concord for distribution through Universal.

For EMI, this will be more about losing 'a jewel in the crown' rather than revenues as the McCartney catalog through EMI only sold 78,000 units in the USA last year, according to SoundScan.

McCartney has been with Concord since 2007 when he released his 'Memory Almost Full' album. Last year's live album was also released through Concord.

The McCartney catalog includes the classics 'Band On The Run' and 'Venus and Mars Are Alright Tonight'.
Posted by The Exciters